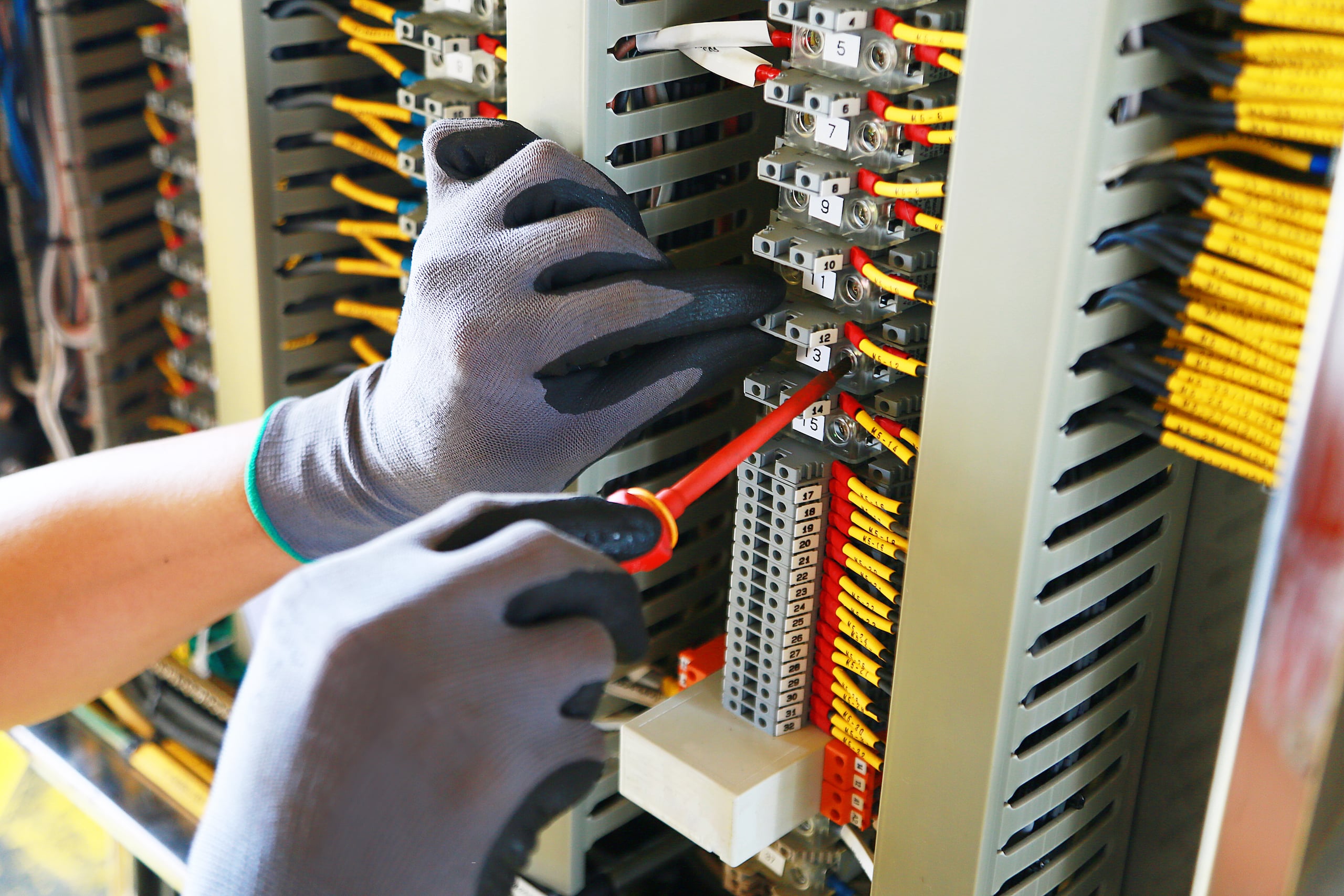 Many good things began in 1912. The Boston Red Sox played at Fenway Park for the first time. Oreo released its first cookie. The Titanic embarked on its maiden voyage. New Mexico and Arizona became states.

And, in our little corner of the world, Henry Miller started Miller Electric Company in his garage. He founded his electrical business serving residential customers on trust, excellence and integrity. Those values are:

His values have guided the company from being family held to employee owned. They guided us to expand into commercial electrical contracting, which we focus on exclusively today.

We stake our reputation as one of Omaha’s leading electrical contractors on getting the job done right the first time. We won’t sacrifice integrity, even if it costs us money. And we pursue excellence in all we do.

We’re proud to have helped wire our city’s growth. From the Creighton University Stadium in 1925, to the Mutual of Omaha headquarters in 1936, to U.S. military silos in 1950, we’ve expanded our use of electrical technology right alongside the businesses driving Omaha’s expansion.

According to Newsweek magazine, “Omaha is where the blue-collar work of the information economy is done. Phones are answered, money is counted and data are processed. Six national fiber optic networks converge here.”

Through it all, Miller Electric has been there to wire that economy.

A look back at our progress shows we’ve been fortunate to contribute to many of Omaha’s longstanding business projects:

Throughout the years, the type of electrical work Miller has engaged in has evolved along with the economic centers of our city. Omaha’s economy has shifted over time from meat packing and military to information technology, data centers, cabling, finance, insurance, manufacturing, education and commercial and industrial work.

Jim Mayer has been with Miller Electric long enough to remember the original Miller family. After 54 years in electrical service, Jim recalls shifts not only in the type of projects Miller worked on, but also how it operates.

“When I started, meat packing was huge. Fifty percent of our work was with meat packing facilities,” Jim said. “Harold, Normal and Cliff Miller took over the business from their father and took it commercial. I remember all of them but really got to know Cliff.”

Jim remembers Norman as an inventor who traveled the world chasing patents. Harold ran the company for a while, but eventually Cliff took over day-to-day operations.

“Cliff was single all his life and had a lot of time to devote to the business. I can remember funny things he would do just to make sure you were doing your job,” Jim said. “For one, he’d drop his cigarette butts in places he didn’t think you’d look just to make sure you swept every nook and cranny of the shop floor.”

Jim started working for Miller as a truck driver in 1968. The pay was $8,000 a year, which Jim says was a lot of money to him at the time. A few years later, he moved into the warehouse and eventually ran it, and then hired an assistant to run it so that he could focus on buying materials.

Jim’s first project with Miller Electric was the Woodmen Tower, and he still remembers taking guys downtown to the site. He says that over time, materials have stayed relatively constant, but tools have changed immensely.

“The tools we use today make the work so much easier. Today everything is battery powered, but back in the day, such as while working on the Woodmen Tower, the tools were very different. The skyscrapers we’re building today are going up so much faster because of how technology has changed.”

Lighting is one area Jim has seen a great deal of improvement over time.

“The gear is so much different now. LED lighting has changed everything. LED high bays aren’t affected by the temperature,” Jim said. “Some aspects are safer now. There aren’t too many transformers, and there’s no PVC oil.”

Jim saw the transfer from gas-powered lamps to electrical ones and is now witnessing the shift from fluorescent lighting to energy-efficient LEDs.

He’s also seen a change in the size of the work and crews Miller Electric manages.

“Back in the day, the company was small enough that you knew every single guy working in the field. Now there are a lot more people working for Miller, but there’s a little more loyalty, too,” Jim said. “We do a lot more foreman training today as well. As we’ve learned about electrical safety practices over the decade, Miller has always been at the forefront of implementing those practices on all the jobsites we’ve been active on; not just to keep our guys safe, but to protect our clients as well.”

*For a look at how electrical safety has changed over the years, read our interview with Electrical Risk Consultant Jeremy Overman.

Jim says just like the tools, the work itself has changed, too.

“We have some really cool jobs that require skill to manage. It’s not monotonous electrical work. Miller goes out of the way to take care of guys in the field and the office.”

When Jim looks back at the long arc of his career, what stands out is how much Miller has grown. Jim attributes that growth to the trust Miller has for its employees.

“It’s really astonishing to see how much the company has grown. The quality of the work has stayed the same over all that time, and it’s because of the trust we put in our employees and the trust we have in each other.”